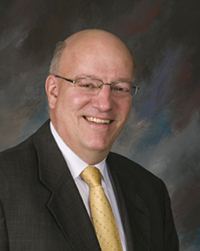 The Office of the Town of Tonawanda Supervisor is the primary liaison for residents with questions or concerns and attends to the daily operations of the many town departments.

The supervisor himself acts as the town budget officer, presides over Town Board meetings and assigns members to various board committees.

About the Board
The Town of Tonawanda is proud of its ability to deliver a comprehensive range of services to its residents in an efficient and cost-effective manner. The town and its departments have earned a reputation as leaders in their respective fields for innovative approaches to the challenges facing local governments today.

As a Town elected, record-keeping officer, the town clerk and staff are responsible for the preparation, execution, and archiving of all Town Board documents as prescribed by New York State law and Town Code.

The Town of Tonawanda Highway Department is committed to supplying the finest services at the lowest possible costs to its residents. We are proud of our reputation as one of the finest highway departments in Western New York.

We are responsible for providing a number of diverse services in an effort to preserve the long-range health, safety and welfare of the public at large.

We are the only Highway Department in Western New York to provide Highway, Forestry and Sanitation services and we are very proud that we can bring such extensive service. 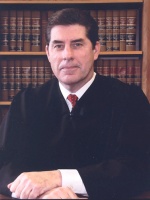 Justice Gruber was elected to the office of Town Justice for the Town of Tonawanda in 2008. Prior to that, he served as a judge for the Village of Kenmore for 24 years. Justice Gruber is also a trial attorney in private practice with the law firm of Roach, Brown, McCarthy and Gruber, P.C., in the City of Buffalo.

Justice Gruber resides in the Town of Tonawanda with his wife, Mara (Maranto). 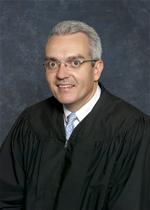 Dan Cavarello is a Partner with Sugarman Law Firm, specializing in the defense of claims against municipalities, school and fire districts and related entities, as well as those involving private companies. These include negligent supervision, civil rights, premises defects, product liability and property damage claims. He has represented clients in administrative proceedings before the Department of Labor and other agencies as well. Mr. Cavarello's experience also includes municipal zoning and planning issues. Mr. Cavarello was admitted to the New York State Bar in 1996 and has practiced before all New York State and Federal District Courts. He is a member of the Erie County and New York State Bar Associations, including the Municipal Law Section, and the Claims and Litigation Management Alliance. His other professional memberships include the New York State Magistrates, Erie County Magistrates, Western New York Trial Lawyers and Buffalo Claims Associations. Mr. Cavarello is a Phi Beta Kappa graduate of Boston College where he received both his Bachelor of Arts and Juris Doctor degrees, with honors, in1992 and 1995, respectively. Mr. Cavarello is an active member of the Tonawanda, New York community where he served as Town Attorney from January, 2006 until August 2010, when he was appointed Town Justice. He was subsequently elected to a four year term and continues to hold that office. He is also past President and Trustee of the Kenmore Tonawanda School Board. He also volunteers as an instructor at St. John the Baptist Church in Tonawanda and is a member of its Holy Name Society. Mr. Cavarello resides with his wife, Chris, and their three children - Claire, Erin & Tommy - who attend school in the Kenmore-Tonawanda District.